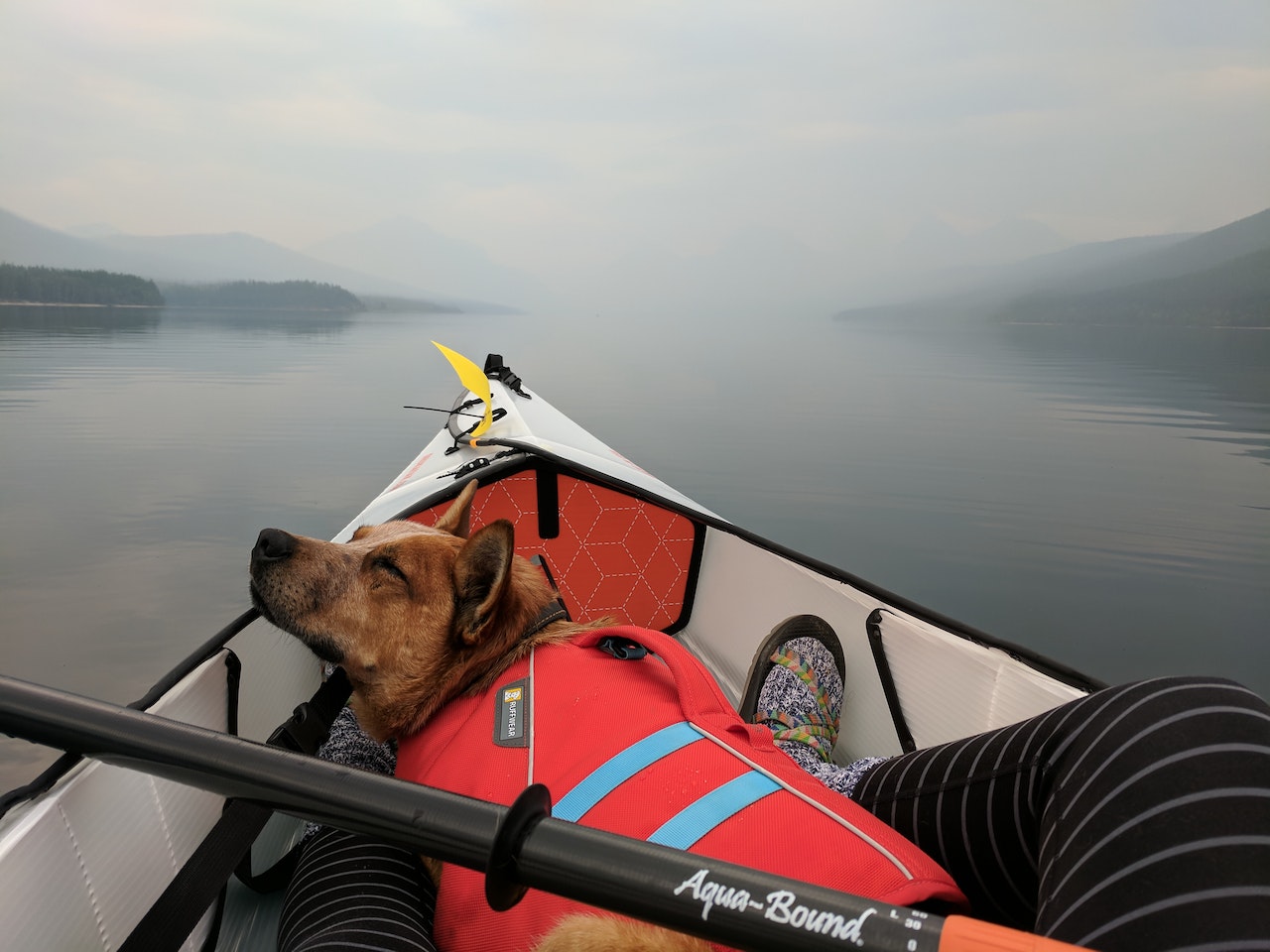 Every hobby becomes more beautiful in company: David Bahnson has converted a kayak so that he could sail with his two Golden Retrievers.

Nothing is impossible, and if the two favorite leisure activities can be combined, a certain amount of manual effort is also worthwhile. Similar may have been the thoughts of David Bahnson, who converted a kayak “suitable for dogs”.

Retired doctor with imagination and skill

David, a retired surgeon from the US state of Vermont, loves dealing with his dogs more than anything. And he likes to spend his time on and especially on the water. In order to be able to combine both hobbies, instead of just getting a kayak seat for dogs, he quickly modified a kayak so that the four-legged friends – first only one, then two – could come on board.

David and his (water) sporty dogs

David had already taught one of his Golden Retrievers how to windsurf before the kayak conversion. But there were other possibilities. “I realized that I could place our Goldie in the rear kayak opening for the luggage,” he stated and rebuilt it so that the four-legged friend could sit there safely and dry. Susie, the first retriever, had given him this idea. Because he had realized how perfectly she fit into this place when she had jumped in on her own.

And that’s not all. “After we got our second Golden Retriever, Ginger, I decided to just build another identical opening…” This meant that nothing stood in the way of tours for three – usually accompanied by David’s wife in their own kayak.

ALSO READ: What is the Importance of Writing News and Why Should We Care

David says: “Our dogs have always loved to travel with us in cars, on my plane, or in boats. Developing a way for her to kayak with us seemed like a logical decision to me. And it was great fun to rebuild the boat.”

In an interview with “thedodo.com”, David was also pleased to report: “The dogs seem to love it. They are excited when they see us pulling out the kayaks and getting ready to go.”

The dogs know exactly how such a tour on the water will work. “They are trained to get into the kayak themselves on command. You sit down and off you go. When we get back ashore, they stay seated until I tell them it’s okay to get out,” says the proud dog owner.

And even if the dogs pictured in the photo are unfortunately no longer alive – the newest Golden Retriever of the family, Piper, continues the tradition and is anything but afraid of water.