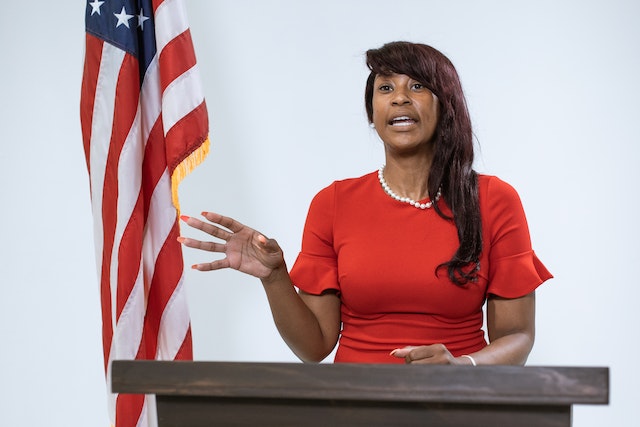 A successful pandemic policy does not stand or fall on the gender of the head of government, concludes an international team of researchers. But the cultural values that make female leadership possible, something that we can all learn from as much as we do from these Leadership Lessons, do give those countries a head start.

Which government leaders are able to keep the number of corona infections and the mortality rate in their country low? If you list them, one thing stands out: it is the female leaders who successfully guide their country through the crisis. At least, that’s what various media outlets have claimed in recent months. Previous research also seems to indicate that a country is better off with a woman at the head. But is that actually true? A new study sets out the facts and concludes: yes, but not in the way you think.

There is no denying that Germany’s Angela Merkel, New Zealand’s Jacinda Ardern, and Taiwan’s Tsai Ing-Wen are succeeding with their coronavirus policies. But that doesn’t indicate that women leaders are generally acting better during the pandemic, according to U.S. and British researchers.

They looked at the number of infections and covid-19 deaths in 175 countries. Although it initially seems that countries with female leaders have fewer corona deaths, this does not appear to be statistically significant. Or, in plain language: it cannot be proven.

According to the scientists, it is more likely that the cultural values that differ per country are decisive in determining the corona policy and therefore also in limiting the number of deaths. That is, however, related to who chooses the country as its leader, the researchers say.

Countries where issues such as individualism and power inequality run counter to cultural values are more likely to choose a woman as their leader. The same values also help in the successful management of a crisis. Moreover, the political landscape in countries with these values is often arranged so that consultation can take place, which supports leaders in coming to a successful approach.

ALSO READ: Tips in Making a Modernized Roofing at Home

“Our work shows that the gender of the leader certainly matters, but not in the way it is spoken now,” the researchers say. ‘Women who lead these countries are successful in crisis management; not because they are women, but because they lead countries that are more likely to put a woman at the top.’

Social psychologist Wendy Andrews of the Vrije Universiteit Amsterdam is not surprised that the truth is a bit more complex than it seems at first glance. ‘The idea that the possible benefits of having a woman at the helm only become visible when this female leader also has the clout to make a difference sounds reasonable: you can of course score a goal more easily if the ball is played to you.’

Headlines arguing that women do better than men are thus too simplified, the researchers argue. According to them, these headlines are often the result of selective shopping. Reports in which successful countries with female heads of government are compared to countries where the corona is rampant and where a man is at the head of the government, ignore the fact that there are also examples of ‘male countries’ with a successful approach.

Take, for example, Vietnam, a country with male leadership. Despite the large population of 97 million people, only dozens of people have died from covid-19 here. Because many analyses only look at economically prosperous countries, the picture becomes distorted, the researchers say.

Andrews does, however, comment on the new research. “To make a direct comparison between the death toll in countries led by a man or a woman, the sample used is very small,” she says. This is particularly true of the number of countries led by a woman, which accounts for only 8% of the total.

‘Because there are many factors that can influence the number of deaths, you expect the impact of a male or female leader to be relatively small. Then you would like to have a larger sample to be able to test that impact really reliably,” says Andrews.